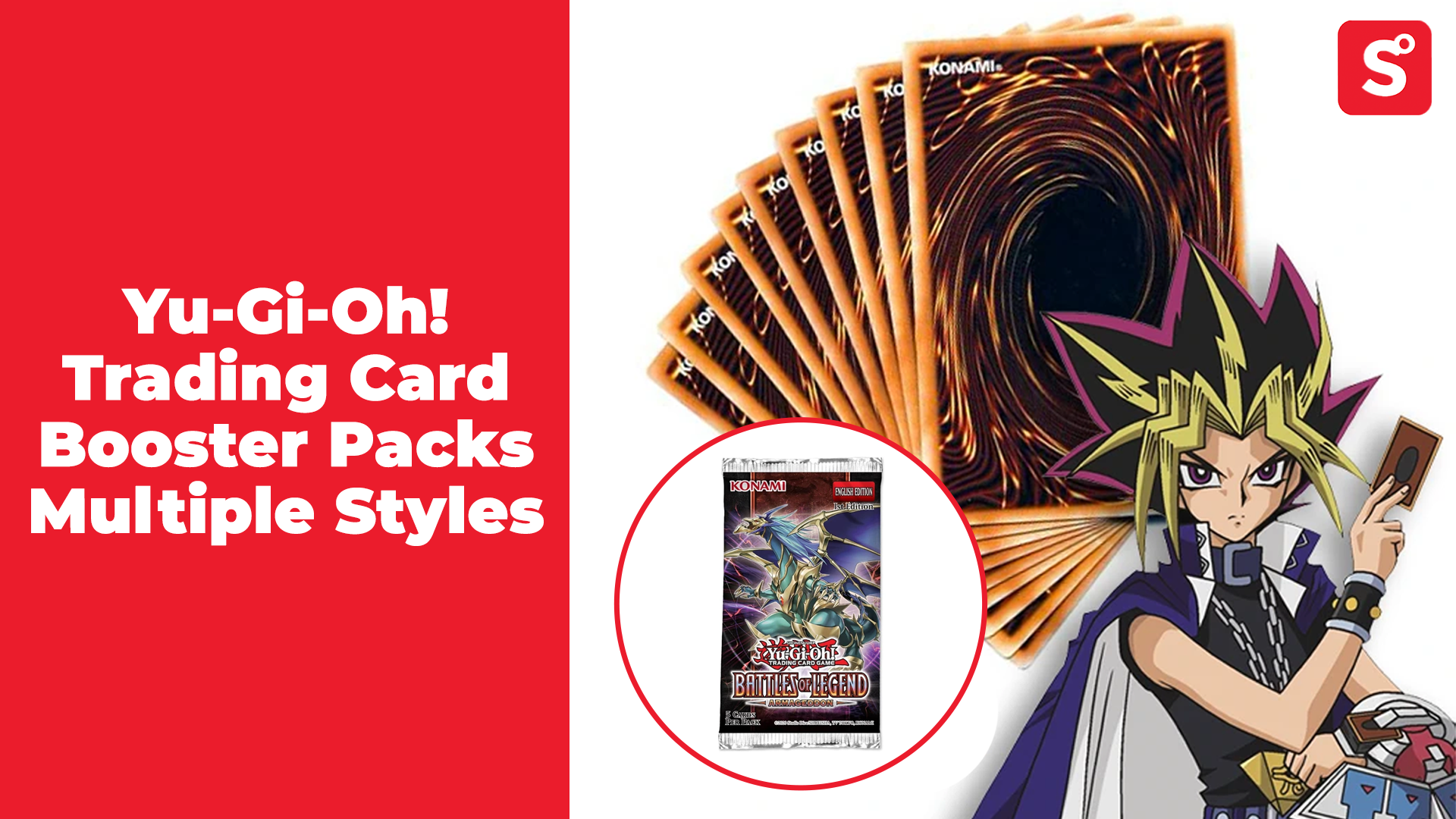 In 1996 Japanese magazine Weekly Shonen Jump published Yu-Gi-Oh!, a manga series created by Kazuki Takahashi, introducing protagonist Yugi Mutou and his mysterious millennium puzzle to the world. Upon said puzzle’s completion, Yugi unlocks a dark spirit of an ancient Egyptian pharaoh, who uses Yugi’s body as a host whilst competing in several wicked and nefarious games.

The latter’s success led to entertainment conglomerate Konami launching real-life counterparts of the anime cards - and thus the Yu-Gi-Oh! Trading Card Game was born. The Yu-Gi-Oh! TCG is one of the most profitable card games around, generating almost $10 billion and counting since its inception.  -- (dicebreaker.com)

This all-foil booster set is filled to the brim with never-before-released cards from the Yu-Gi-Oh! manga and anime series, powerful tournament-level mainstays, sought-after themed support, and foil upgrades for fan favourites! Here's a glimpse at just some of what you will see:

Flames of Destruction closes out the first Dueling season of the Yu-Gi-Oh! VRAINS era with a bang! This 100-card booster set will shake things up with new cards for established Deck themes, a brand-new Link Monster theme that can be played as its own Deck or spliced into existing strategies, the return of the Elemental Lords, and more!

Flames of Destruction is full of cards that are useful in any Deck and cards that elevate popular themes to new heights! You could find…

Ancient Guardians unearths powerful new monsters in Spring 2021! This 60-card booster set introduces 3 brand-new strategies along with older cards that enhance them. As in Toon Chaos and Genesis Impact, 15 cards from the set will also be available as Collector’s Rares, and these will include a mix of new cards and older favourites. The Grand Creators wills 3 new strategies into existence! As a result of the 2020 Create-A-Card Project, find a new powerful Spell Card that will enhance Inzektor Decks and strategies to a whole new level! This dynamic Spell Card can pull an Inzektor monster or Equip Spell out of your Deck and either Special Summon it or equip it to an Inzektor monster! In addition, find 15 more cards, a mix of old and new cards, will become Collector’s Rares in this 60-card booster set. The first core booster of 2022, Battle of Chaos, breaks out in February! This 100-card set features new cards that work with Yugi Muto’s Dark Magician, including a new Ritual Monster, a new Fusion Monster, and a new Dragon form of Timaeus! There is plenty to look forward to in The Battle of Chaos booster set composed of 100 new cards: 50 Commons, 26 Super Rares, 14 Ultra Rares and 10 Secret Rares.