The Boglins® Kings - World Domination | As Seen On Kickstarter

The Boglins® Kings - World Domination | As Seen On Kickstarter 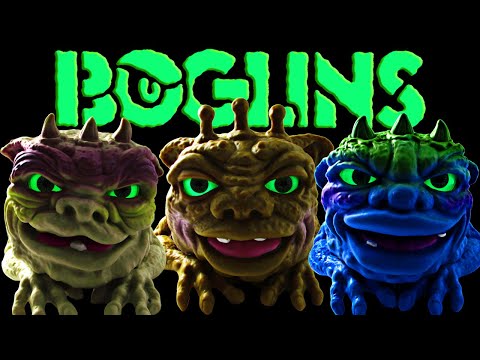 Meet the Boglin Kings! These living legends are part of the very history of the Bog. They are a mixed bag of blind bravery and cunning schemes. At their hearts, or whatever the Boglin equivalent is, the Boglin Kings are a group of silly, ugly, pranksters who just want to have fun!

Having risen through of the Jokers, Dwork, who was found to have created some of the most notorious practical jokes in Boglin history, was finally made King of the Jokers. He deposed the old king with a whoopee cushion, a banana peel, and a water balloon. He assumed the throne with a boisterous fart that was heard throughout the kingdom and was cheered by all his followers. Many woman and children were incapacitated by the fumes and needed to be resuscitated. He possesses the Supersilliest Scepter of Sanmarcan. He won this at great personal cost at the infamous Battle of Biv.

Clever King Drool has led the Rude Dudes for several years now and he has accomplished much during his reign. He has banished the Clumsies Tribe before they destroyed everything of value, enlisted in the Medieval Tribe as allies and protectors and prevented the Greedies Tribe from eating all their sorted food provisions. Now that he is King, he is treated to buckets and buckets of ice cream at every meal after which he sniffs, spits, gulps and scratches with impunity and belches with such gusto that it clears the room. He is indeed King of the Rude Dudes. King Drool possesses the Soggy Bog Scrolls. the Scrolls are reported to hold Great Secrets if only they could ever be dried out enough to be read.

Vlobb is the brightest and most cunning of all the Boglins and has ruled the Medievals from the time before the Bog. He has enlisted by King Drool to protect the Kingdom of Gaul, Vlobb has been counting down the days until he will once again rule all the lands, but in the meantime he sits and reads and plots his revenge with his loyal henchmen Mord, Mace, Max, Mors, Murg, and all the rest of the Medievals. They have been plotting and waiting for a millennium, hence the new found popularity with the Millennials. King Vlobb possesses The Boomerang Battle-Ax of Bruma. A great Boomerang Battle-Ax competition was held at the turn of the century Vlobb was the only Boglin smart enough to duck on the return of the fling.