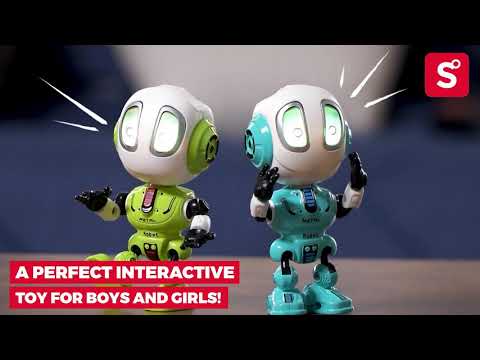 Recorded messages play back in your own robot voice!

The new and improved Record-o-Bot Voice Over Robot is the perfect interactive toy for boys and girls alike. Designed with Touch Activation technology, this futuristic mini robot can easily record and playback your messages! Engaging children with its robotic voice, fun music and flashy lights, our Record-o-Bot is not your average interactive toy.

Designed with imaginative play for children 3+ in mind, our Record-o-Bot has flexible joints and can be formed into thousands of different poses. Let your imagination run wild while creating the most epic robot battle scene right in your very own living room!

Record yourself talking or singing so your child can take your message anywhere they go. Or even better yet, kids have tons of fun talking into the Record-o-Bot and hearing it repeat them in its fun robot voice!