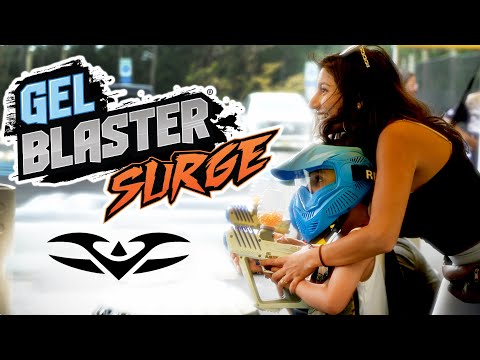 Gel Blaster is going to change the way you play! Keep your head in the gamewith customizable colours and accessories. Blast revolutionary water based Gel Beads also known as “Gellets”, with out worrying about the mess! Gellets™ burst on contact and immediately begin to evaporate for minimal clean up and maximum fun! Get ready to have a Blast!

Soak our patented Gellets™ in water for just 2 hours and watch your gel beads balloon into Gellets™. All natural, non-toxic, non-irritating, starch-based material that bursts on contact and immediately evaporates. No stains, no residue, and no mess. ​Gellets expand to 10x their size. A 1-gallon bucket works great for hydrating a 10,000 pack of Gellets. Soak Gel Blaster Gellets in water for at least 2 hours to fully expand their size.

Absolutely! Gellets are made from an all natural, non-toxic, non-irritating, starch-based material. They burst on contact and immediately begin to disintegrate. However, they don't taste very good.